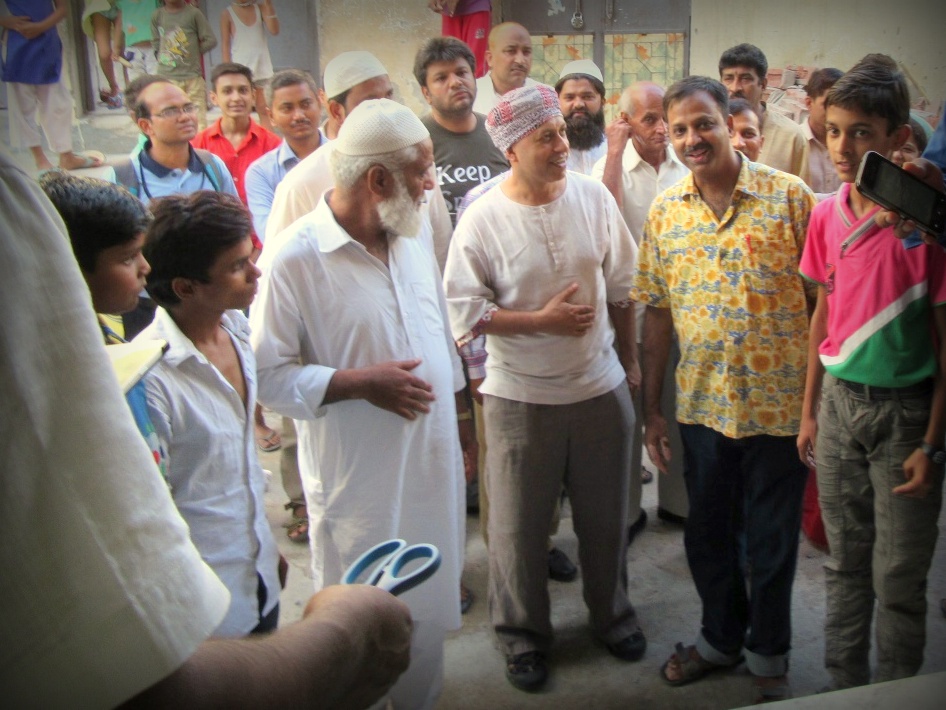 Team DEF successfully opened its new Indus CIRC centre in Timarpur, Wazeerabad, New Delhi on 26th July, 2015. The ceremony was graced by the presence of Chief Guests Mr Pankaj Pushkar, MLA Timarpur and his wife Mrs Medha Pushkar with Mr Osama Manzar, Founder-Director, DEF. From getting furniture to setting up the equipment, CIRC team members Mohd. John and Jatin ensured that everything has been put in its right place. Children of the locality got very excited when they saw the brand new laptops and other digital equipment at the centre. The highpoint of the ceremony was when Mr. Pushkar refused to cut the ribbon, and instead asked two school going girls to do the honours. Mr Manzar discussed how connectivity and digitalisation are important aspects and needs of the era. He also shared that although DEF has been working to digitally empower the rural population. Mr Pushkar shared why and how usage of computer, laptops, tablets and other gadgets could become an integral part of our day-to-day matters.

He thanked DEF and Mr Manzar for leading the initiative of promoting computer education and digitalisation at village Ram Ghat.