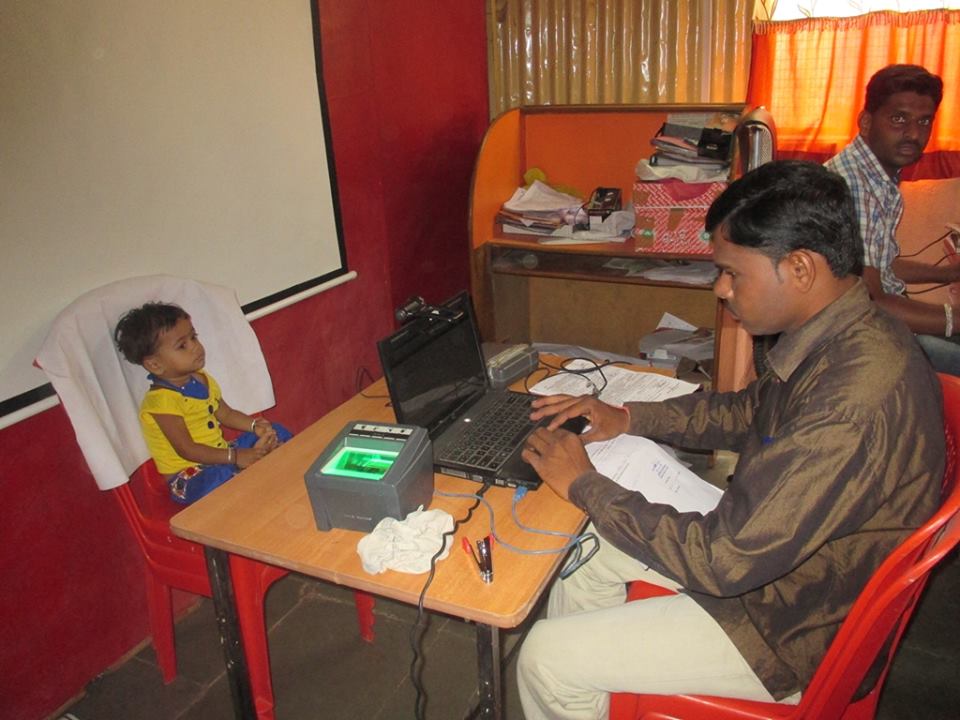 A two day Aadhar enrollment camp was organized at Silod, Maharashtra and Lalitpur, Uttar Pradesh on 14th and 17th May. The camp was attended by 640 people. 450 individuals were enrolled in Lalitpur alone. Similar camps will be conducted across other CIRCs in the following months.  Aadhar is a Government of India’s Mandate wherein a unique identification number is issued to every citizen based on their demographics and biometrics.  Having an aadhar card would make it easier to avail government benefits and schemes such as pension, MNREGA, PDS distribution among many others.