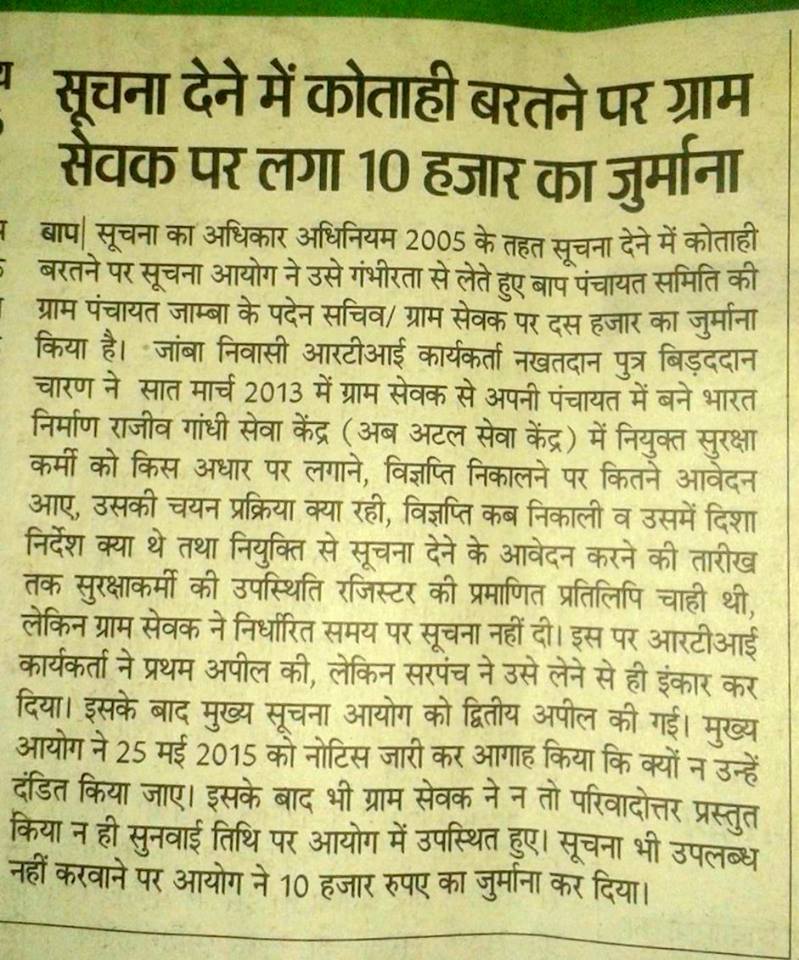 Constant efforts made by the staff of ‘dCIRC Malam Singh ki Sidd’ (Village Bap, Rajasthan) towards RTI awareness brought in great success. Nakhatdan, resident of village Jamba was an RTI worker and closely associated with the dCIRC. In fact, the dCIRC helped him a great deal to learn about the RTI Act and gave him confidence to practice this right whenever needed. In the March of 2013, Nakhatdan approached the Gram Sevak of his village Panchayat for an RTI seeking information about a security personnel appointed at the Bharat Nirman Rajiv Gandhi Seva Kendra (now called as Atal Seva Kendra). The information he sought included basis on which the security personnel was appointed, number of applications received, date when the job opening was published, last date of submission of application, etc. However, the Gram Sevak refused to provide any information. Nakhatdan went ahead and made an appeal to the Sarpanch, which was soon rejected. He finally appealed to the Soochna Ayog to which the Ayog issued a notice to the concerned Gram Sevak warning him that he could face punishment if found guilty of withholding information. The Gram Sevak neither responded to the notice, nor did he arrive at the Ayog for the hearing. Taking a strict approach, the Soochna Ayog charged the Gram Sevak with a heavy fine. Another triumph in the journey of RTI!
‪