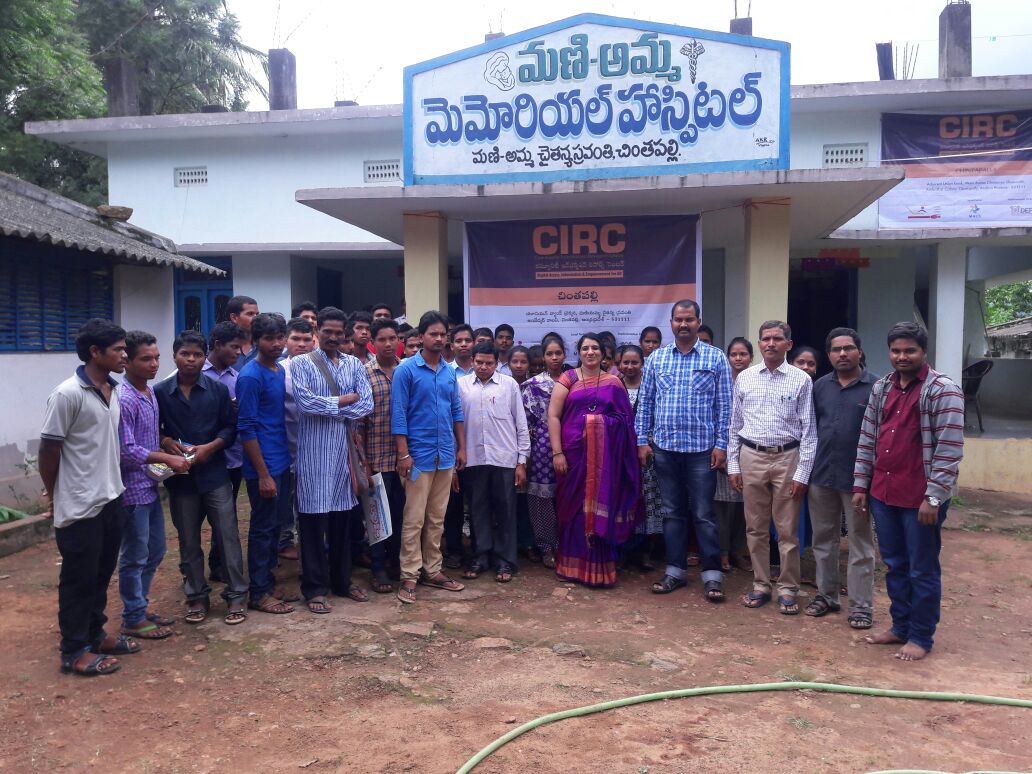 Today on 4th July, 2016, a new CIRC was inaugurated in Chintapally region of Andhra Pradesh. The day of inauguration was decided in observance of the 129th birth anniversary of freedom fighter Alluri Seetharam Raju, who fought for tribal people in the region. Circle inspector Mr Rudhra Shekhar Garu, Government College Principal Mr Swamy Naidu, Tribal Community President Mr Balayya Garu, along with students of Government Degree College participated in the inauguration ceremony. The main focus of this CIRC would be to uplift the condition of the tribal community of Chintapally with digital education and information empowerment.