You are here:
CULTURE & HERITAGE PRESERVATION 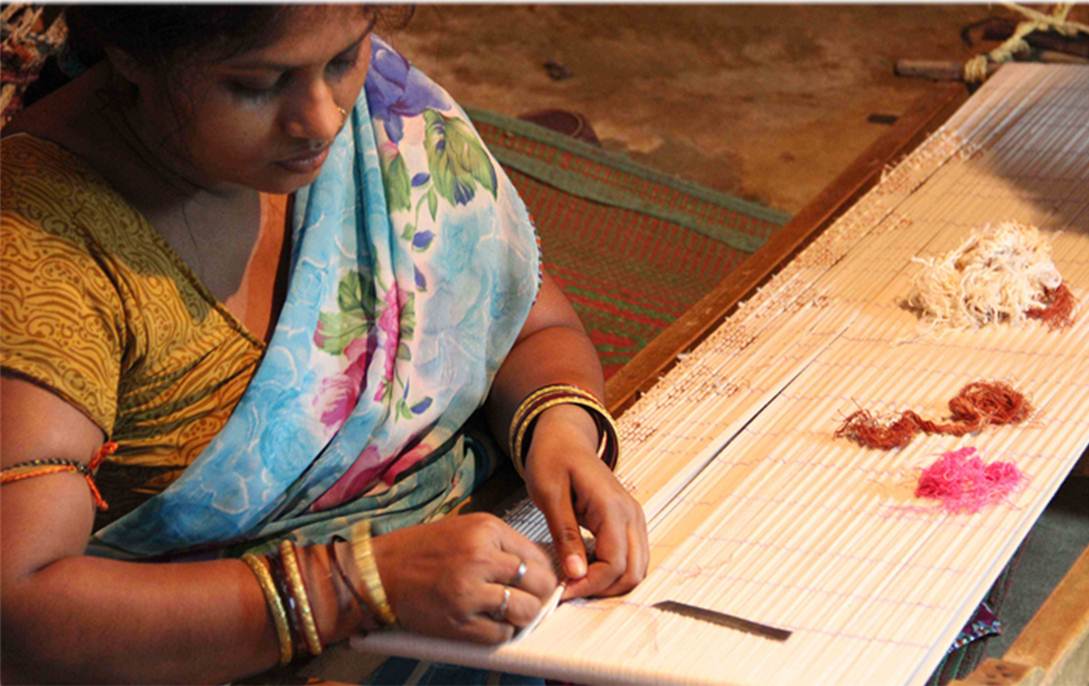 In 2015, the success of Chanderiyaan encouraged several CSR groups to adopt handloom clusters in partnership with DEF. Located 340 kilometres north-west of Bhubaneswar, Barpali is a densely populated block in Bargarh district of Odisha. In Barpali, there are more than 2,000 handlooms spread across several pockets of clusters, each at a distance of five kilometres from the other. Weavers in this part of Odisha are known for their original ikat prints on cotton and Tasar silk. However, machine-aided printing is damaging the market for handloom products as the former can be produced in minutes and costs much less. Project DigiKala, initiated in partnership with Microsoft Corporate Citizenship, is trying to change that.

Another cluster adopted in partnership with Microsoft in India is a cluster of most talented weavers and national awardees. Nupatna is located in Cuttack district of Odisha, about 70 kilometres from Bhubaneswar. It is home to more than 5,000 weavers who make the most intricate tie-and-dye ikat designs using mostly natural dye on sarees, stoles and dupattas. However, lack of awareness and lack of direct access to the market has restricted the household income of weavers at Rs.1,500-3,000 only. Besides, the numerous cooperative societies established in Nuapatna have failed to have a desired impact. Project DigiKala hopes to change the scenario.