Giving the power of digital to Chanderi Weavers

You are here:
CULTURE & HERITAGE PRESERVATION 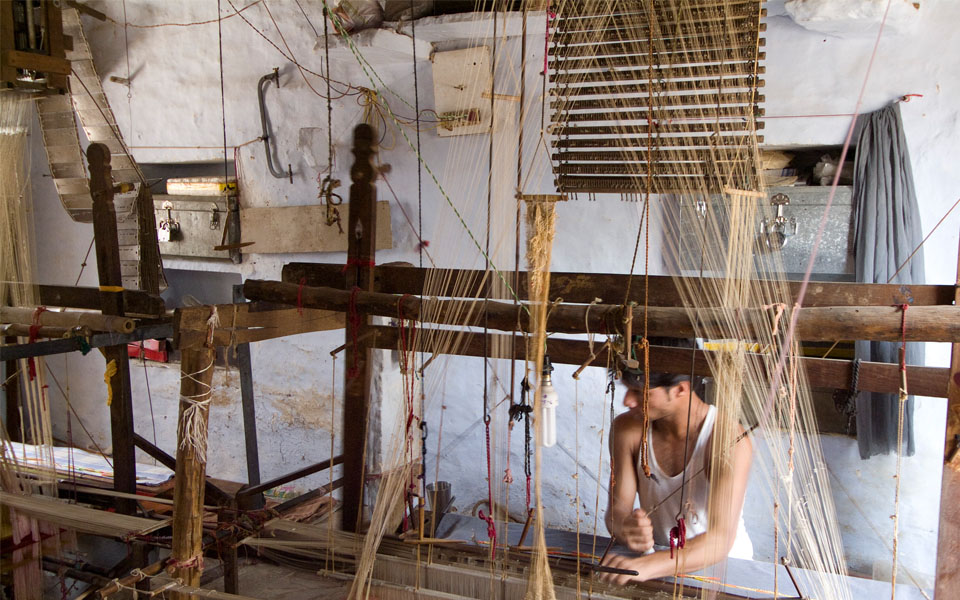 Located in the Bundelkhand region of Madhya Pradesh, Chanderi is rich in heritage, culture, tradition and art. At present, there are about 4,500 weaver families in Chanderi, which has a population of approximately 40,000. However, the brand Chanderi was facing a stiff competition from powerlooms that were manufacturing fake Chanderi sarees until project ‘Chanderiyaan’ was launched by DEF in partnership with the Ministry of Information Technology in 2009. From being worth Rs 65 crore in 2010, the Chanderi handloom industry has grown over the last five years to be worth over Rs 150 core today. Today, average household incomes have more than tripled due to various consequences of ICT intervention (it has gone up to Rs 7,500 from Rs 2,500). Almost all weaver families have at least one digitally literate person in the household; weavers, especially the younger generation, are now using CAD/CAM software to develop new, more accurate designs based on modern aesthetics to appeal to the sensibilities of the upmarket global and domestic customers. A variety of ICT-enabled training programmes have helped people in the community learn new vocational skills relevant to the learner’s environment as well as English language skills. Tourism has been promoted as another revenue earning stream by digitally documenting the many historical monuments in the area, apart from the stories of art and craft. All 13 schools in the area now have computer labs using Wi-Fi connections and the town even has a Wi-Fi enabled health centre that is linked to the Ashoknagar District Hospital through telemedicine facilities.